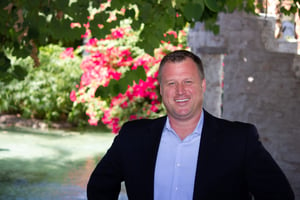 Joshua leads the technical, delivery, and managed services teams for Enabling. In his 9+ years at Enabling Joshua has been personally involved in hundreds of Office 365 deployment projects including architecture, project management, and end user training delivery. Joshua is also a Microsoft Technology Specialist for Skype for Business/Teams/Modern Desktop.

Within Enabling he is responsible for overseeing the Company's service delivery, project management, and overall quality assurance. Delivering predictable and successful results for Enabling’s customers is his daily mission and fixing things when they are not right is a top priority. He loves to hear feedback around how we are doing from customers and welcomes your call! 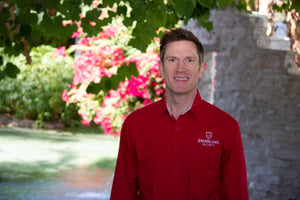 Christian Stegh started his career at Enabling in 2006 as the Director of Services, where he managed the consulting, project management, and support teams. He was integral in transitioning Enabling's technical team into Microsoft Unified Communications specialists. The company's accomplishments were recognized by Microsoft when they named Enabling as the global Unified Communications Partner of the Year three times.

In 2011, Chris became Enabling's VP of Sales and Strategy, after which the company experienced consecutive years of record growth. It was during that time that Chris helped expand Enabling's focus to Office 365, and that Microsoft again recognized Enabling with another global UC Partner of the Year Award. Now, as CTO and VP of Strategy, he guides customers along their digital journey and improves their security posture. He represents the company in Redmond and at industry events, and is once again helping to reinvent Enabling, now into a multidisciplinary cloud-first consultancy.

Chris has an BS in Electrical Engineering and an MBA from the University of Iowa. He loves to abuse golf balls, chase his children, and indulge in Chicago-style pizza. 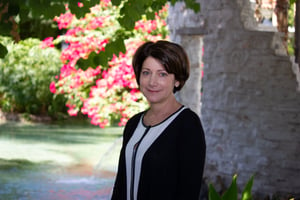 Freddy Gettmann rejoined Enabling Technologies Corp in 2016 as the Chief Financial Officer where she is responsible for the company’s finances as well as Human Resources. Freddy brings over 20 years of financial management and accounting experience to the organization. In this role, she directs all financial aspects of the business including accounting, financial statement preparation, budget forecasting and analysis, management of cash flow, and monitoring of financial performance. Freddy began her career with Enabling in 2002 as Assistant Controller and progressed to VP of Finance until departing in 2013.

Before her return to Enabling, Freddy served as the Chief Financial Officer for Glenridge Healthcare Solutions. During her three years at Glenridge, she led the financial activities of the company through a period of significant growth which culminated in a successful divesture. Her background also includes audit experience with both Price Waterhouse and Litton Industries. Freddy is a Certified Public Accountant with a BS in Accounting from Kings College.

Outside of work, Freddy enjoys cooking, traveling and spending time with family and friends. 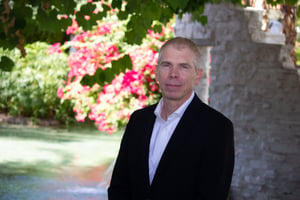 Scott Barr was introduced to enterprise computing while working as a sworn law enforcement officer. His agency used sworn officers as a makeshift IT department, and they were responsible for the first iteration of computer and network support. He implemented the first version of a WAN to interconnect precincts for a gang information system to help collect information and identify gang members and was instrumental in developing computer-based criminal analysis techniques.

Scott moved on to serve in the Atlanta High Intensity Drug Trafficking Areas (HIDTA) office as a network administrator in a non-sworn capacity and worked closely with local, state, and federal agencies. In 2000, he took on an IT security role in a commercial capacity with a SaaS B2B hospitality startup company responsible for securing their perimeter and web presence. Scott is especially proud that the servers that he secured were the only ones that weren't compromised by nimda and code red'

He continued to advance his networking skills and focused on Microsoft technologies attaining multiple certifications. He had worked for Dynamics CRM and unified communications focused Microsoft partners prior to joining the Enabling team. He has been heavily involved in hosting and migrating Microsoft products and services since Hosted Messaging and Collaboration (HMC) combined with hosted IP telephony, BPOS, and now Office 365 and Azure with an emphasis on security. 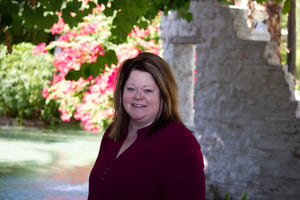 As Enabling’s Director of Change Management, Christine Esterling has over 10 years’ experience in leading organizational change efforts designed to drive satisfaction and adoption among employees. Christine has a passion for helping clients embrace Adoption & Change Management best practices in support of a variety of change initiatives such as HQ relocations, technology systems, business processes and more. As a Prosci Certified Change Practitioner she brings an innovative approach to building awareness, generating desire, educating and reinforcing change. Prior to joining Enabling, Christine lead a team that supported enterprise change initiatives for global contact center operations for a multinational financial institution. 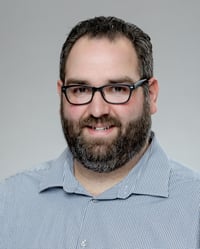 Frederick Barzycki has had a passion for technology from a very early age. He built custom computers and started networking as a hobby in the early 1990s. He turned that passion into a career in Information Technology in 2002 as System Engineer in the suburbs of Chicago. With nearly 20 years of professional IT experience, Frederick now leads Enabling’s support team as the Director of Managed and Support. Prior to Enabling, Frederick has had roles in Audio\Video System Integration, Enterprise IT and Managed Services. Frederick holds several certifications from VMWare and Microsoft. In 2019 he shifted his focus to cybersecurity and obtained an ISC² CISSP certification. Frederick continues to focus on bringing new innovative technology solutions and first-class support to Enabling’s clients. In his free time, Fred enjoys fishing, fixing things around the house and spending time with his family. 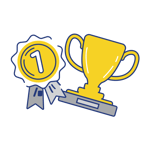 One of my favorite security analogies is that enterprise information security is like an onion. Each layer of the onion represents a different control that secures the data at the center. Common...
Read More

Cybersecurity is ever-changing. New attacks and techniques are practically created every day. Organizations are getting more complex with multi-cloud environments. Data is exponentially growing. And...
Read More

How to Fearlessly Implement Your Zero Trust Strategy